ASCAP, BMI, and SESAC: A Guide for Musicians and Music Venues 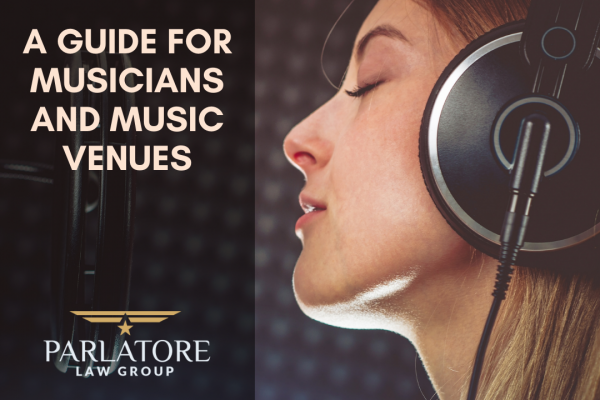 It’s no news to anyone that the music industry – and especially musicians – were hit hard by the coronavirus pandemic. Live music performances represent the single largest revenue stream for most musicians, whether independent or signed to major labels. With all live music stopping in its tracks early in 2020, many musicians were forced to pivot to – or create – alternative streams of revenue. There was an enormous growth in the number of live-streamed performances, and of course, listeners were responsible for huge spike in streaming of pre-recorded music. All of this activity, combined with musicians having a lot more downtime during the 2020-to-early-2021 lull, prompted many conversations about streaming revenues, royalty rates, and a hard look at whether musicians can really survive in the absence of live performances.

Now, past the midpoint of 2021, we’re seeing live music come back with a vengeance, and even if we’re attending more in-person concerts than live-streamed concerts these days, streaming revenues and royalty rates are no less important.

In fact, one type of royalty is arguably more important than ever, now that live performances are happening on thousands of stages all over the country: the public performance royalty.

Basics of Copyright and the Public Performance Right

Public performances of musical compositions occur in a wide range of situations – basically anytime you hear a song played in a public setting. This includes FM and AM radio; live music performances at venues and festivals; background music at restaurants, hotels, doctors’ offices, coffee shops, bars; websites and streaming services; and broadcasts of movies and TV shows, which have music embedded, over cable and other broadcast systems. What this means is that every time a piece of music is performed publicly – regardless of whether it’s live or recorded, and regardless of which recorded version it is – there is a royalty owed to the owner of the musical composition copyright. (Royalties are only owed to the owners of sound recordings for online-based public performances, through internet radio and certain streaming services. For everything else, there is no royalty because there is no general public performance right for sound recordings under current U.S. copyright law.)

In most situations, the owner of the musical composition copyright is the songwriter and/or their publisher. There are hundreds of thousands of songwriters across the country, and probably a similar number of businesses and other establishments that make use of public performances of songs as part of their daily operations. In order for every public performance to be authorized, and in order for every songwriter to be properly paid for each public performance, each business would need to get permission and send a check to each and every songwriter for each and every song that gets played throughout the day. This is obviously a logistical nightmare and all but impossible, which is why we have organizations called Performance Rights Organizations, or “PROs.”

How Do Songwriters Get Paid from Public Performances?

There are three PROs in the United States; the two biggest and most well-known are Broadcast Music Incorporated (BMI) and the American Society of Composers, Authors, and Publishers (ASCAP). The third is the Society of European Stage Authors and Composers (SESAC). Both BMI and ASCAP are organized as non-profits, while SESAC is a private company, but they all function in largely the same way: serve as a conduit for legal authorization and payment of royalties for public performances of musical compositions.

The process is relatively simple:

When songwriters are also performers (which is fairly common), both ASCAP and BMI offer an additional revenue stream: the songwriters own live performances of original material. Both PROs offer a program (ASCAP OnStage and BMI Live) through which songwriters can upload their own set lists. Each time the songwriter plays a show, they’ll get paid a direct royalty for that public performance. The royalty rate is often higher than for most other public performances, since it’s more directly trackable. As long as the venue holds a proper ASCAP and/or BMI license, there is no extra cost to venues for songwriters to get paid through BMI Live or ASCAP OnStage.

There’s no charge for songwriters to sign up with BMI; the one-time fee to sign up for ASCAP is $50. By setting up with one of these PROs, a songwriter gives themselves access to a revenue stream that is accumulating money whether or not the songwriter collects it.

What Do Venues Need to Know about PROs?

For music venues, bars that host live music regularly, radio stations, music festivals, and other businesses that make regular use of music: an ASCAP and/or BMI and/or SESAC license is required in order to legally play music publicly in a place of business. It’s a fairly common misconception that the fees owed to ASCAP and BMI are just another fee among the many that businesses are required to pay, and an optional one at that. But in fact, it’s more than just a fee: it’s the legal permission for the business to play music in the first place. Without the license in place, every public performance of a song is technically copyright infringement.

Another, even bigger, misconception is that venues only need to get a BMI or ASCAP license for musicians to be able to perform cover songs. This is not true: a BMI and/or ASCAP license is required for every song that is registered with the PRO. So for example, if a venue books an artist who is registered as a songwriter with ASCAP, that venue will need a license for all ASCAP songs that artist performs – including their own originals that are in the ASCAP catalog, and any covers that are in the ASCAP catalog as well. Sometimes you’ll see venues that tell artists they can play “originals only – no covers” because the venue doesn’t have an ASCAP or BMI license. The problem is: what happens when that artist is signed up with ASCAP or BMI and wants to perform their originals? Without the license in place, the artist needs to give permission directly to the venue, and cannot play any covers without technically infringing the copyright.

There are even some instances where ASCAP and BMI have sued music venues for operating without the proper licenses in place. This doesn’t necessarily happen all the time, but there’s a reason for it: public performance of music without a license is an infringement of copyright.

In short, both groups – songwriters and venues – need to get signed up with PROs. Songwriters benefit by accessing an additional revenue stream, and venues benefit by providing a space where every type of music (and virtually every song) can be performed and ensure that songwriters are being paid properly.