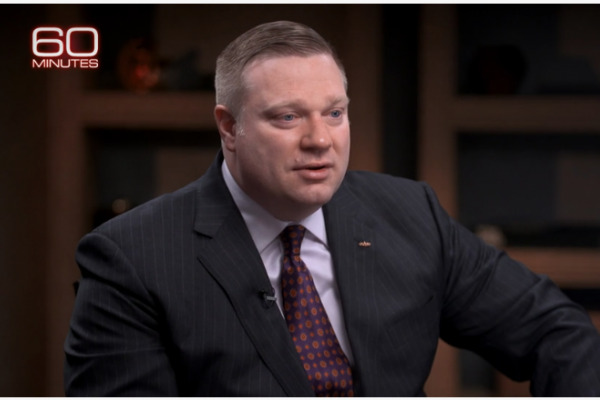 Parlatore Law Group founder and Managing Partner, Timothy Parlatore was featured on this week’s edition of 60 Minutes discussing our recent successful defense of Navy SEAL Edward Gallagher, who was acquitted of war crimes related to his 2017 deployment to Iraq. His acquittal fiercely divided the military community and civilians alike, even catching the attention and eventual intervention of President Trump at the national level, resulting in a full-blown controversy.  Unfortunately, once the case became a political talking point, the truth became the first casualty, with media reports terribly distorting the facts of the case.  The 60 Minutes story represents the first time that the mainstream media has told this story in a balanced and thoroughly fact-checked manner.

While Gallagher was acquitted of all charges brought against him last July, with exception to posing for a group photograph with the prisoner’s corpse (in violation of the Uniform Code of Military Justice), he never took the stand and has never answered questions about what really happened the day be was accused of stabbing and killing an injured teenage ISIS prisoner, until this interview.

As described by 60- Minutes:

Charged with war crimes that could send him away for life without parole, Gallagher hired Naval Academy graduate turned smashmouth lawyer, Tim Parlatore.

"If you want to put my client in jail for the rest of his life you're going to need to come through me," Parlatore said.

By the time Parlatore signed on, Gallagher was already in the brig and the full weight of the federal government had descended on his family. NCIS agents executed what they call a standard search warrant at his home when only his two sons, ages 8 and 18, were there.

"They dragged the kids out of the house at gunpoint in their underwear," Parlatore said. "Didn't give them the opportunity to get dressed. Searched the house."

Parlatore said the agents had a valid search warrant, but the way they executed it was excessive even though it was part of a murder investigation.

"The suspect was already in custody," Parlatore said. "It was pure intimidation."

And Parlatore said it didn't work.

And things just got worse from there, as the prosecution used an illegal email tracking beacon to attempt to discreetly track the activity and communications of the defense team.  However, the Parlatore Law Group team immediately identified the illegal tracking beacon, protected their communications and filed motions that resulted in the prosecutor being removed from the case. Despite this misconduct, the charges and all the evidence against Gallagher remained, but the Parlatore Law Group team was ready.

As described by 60-Minutes:

The trial transcript runs thousands of pages but it all came down to one word spoken by Navy SEAL Corey Scott, the prosecution's star witness who testified he saw Gallagher stab the ISIS fighter and was there when the prisoner died.

"He used an interesting word," Parlatore said. "He said, 'I continued to monitor him until the terrorist asphyxiated.' And it went right over the prosecutor's head."

Parlatore rose to cross examine Scott, who was testifying under a grant of immunity. In his interview with Martin, Parlatore recalled questioning Scott.

"You said asphyxiated, as a combat medic, you know that word means deprived of oxygen,' He said, 'Yes.' 'Why'd you use that word?' ''Cause that's how he died.'"

"And then the question is who deprived him of oxygen?" Martin asked.

Protected by his immunity, Corey Scott had just confessed to the murder.

"I just can't believe that this just happened," Parlatore told Martin. "And so, as soon as I composed myself I looked back up at him and I said, 'How?'"

"After Chief Gallagher left the scene, I was left there monitoring him," Scott said. "I thought he would die. He was continuing to breathe normally, as he had been before. So I held my thumb over his ET tube until he stopped breathing."

"Did he say why he put his thumb over the breathing tube?" Martin asked.

"Yes, he did," Parlatore said. "He did it because he knew that the Iraqis were going to torture, rape, and kill this terrorist. And he just didn't wanna hear the screams anymore."

It was Parlatore’s line of questioning that resulted in this surprise piece of testimony. Unfortunately, it isn’t always enough to have the truth on your side. Sometimes you do need a team of truly great lawyers. With Parlatore Law Group’s help, Eddie Gallagher was found not guilty of murder.

We at the Parlatore Law Group take cases that we believe in and fight for our clients’ rights.  Although our victories in the courtroom, such as this, may be the most publicized, the firm handles a wide variety of matters, including a focus on assisting entrepreneurs and small to mid-sized businesses to succeed.

Parlatore Law Group LLP is a new and innovative law firm that delivers services through a cloud-based platform, dedicated to providing clients with the highest quality legal services at highly competitive rates. We do this by removing all the barriers, bureaucracy and bloated overhead costs associated with traditional law firms, and instead focus on unleashing the energy and individual genius of the best legal minds in the industry.  Parlatore Law Group is growing and actively hiring attorneys from a wide range of practice areas and geographies, while offering industry leading compensation packages and quality of life. As a veteran owned business, Parlatore Law Group LLP is also dedicated to hiring veterans, reservists, National Guardsman, and military spouses.