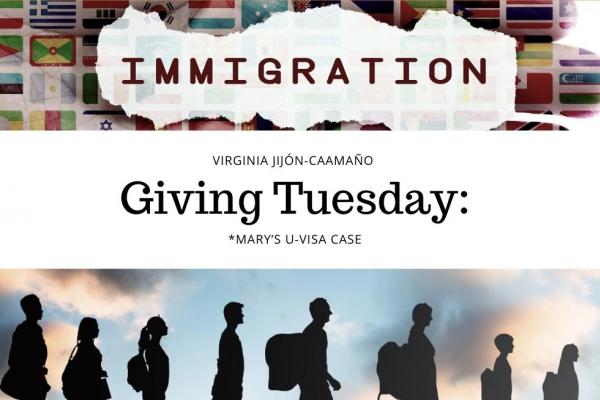 As an immigration attorney, I take on several pro bono cases a year. The need for volunteer immigration attorneys is overwhelming. One of the most awarding aspects of my law career has been making a difference in someone’s life for the better, enabling someone with limited income to live peacefully and work legally in the United States. My practice area allows me the opportunity to work with people who have seen the depths of poverty and despair, and attempt to bring hope and opportunity into their lives. Though it has been several years since I have worked on a U-Visa, I recently filed an application, and I appreciated the opportunity to explore this area of immigration again.

U-Visas are available to victims of certain crimes if they suffered substantial physical or emotional harm and were helpful to law enforcement in the investigation or prosecution of that crime.[1] The benefits of a U-Visa include work permits, a path to green cards (eventually citizenship), and waivers for certain inadmissibility issues. Congress created U-Visas in 2008 through the Victims of Trafficking and Violence Protection Act to encourage immigrants to report crimes to law enforcement, with the understanding of protection for cooperation. U-Visas provide waivers for inadmissibility issues such as working without legal authorization or entering the United States (U.S.) without inspection.

The preamble to the U-Visa regulations reveals that the very purpose and function of this statute are in the public interest: “Alien victims may not have legal status and, therefore may be reluctant to help in the investigation or prosecution of criminal activity for fear of removal from the United States. In passing this legislation, Congress intended to strengthen the ability of law enforcement agencies to investigate and prosecute cases of domestic violence, sexual assault, trafficking of aliens and other crimes while offering protection to victims of such crime. Congress also sought to encourage law enforcement officials to better serve immigrant crime victims.”[2]

Over the years, I have worked with several public interest organizations that screen applicants and refer cases to volunteer attorneys. This year I have taken on cases from AILA’s Military Assistance Program (MAP), Connecticut Women’s Education and Legal Fund (CWEALF), and this U-Visa case was referred to me by Connecticut Legal Services (CLS).

While CLS has many immigration attorneys in their offices around Connecticut, they cannot handle all qualified petitioners seeking help, and have a list of attorneys to whom they either refer a case or recommend to their applicants. As can be assumed, most undocumented victims of crimes cannot afford attorneys and unlike in criminal defense cases, attorneys are not supplied to immigrants by the government. The stories of children and adults who do not speak English and are being deported with no representation, warning, or due process are no exaggeration. Immigrant victims of crime are often unaware that avenues of relief are available unless they speak to an agency or attorney. There are hundreds of organizations nationwide that help undocumented people, including state legal aides, Catholic Charities, the American Immigration Council, and others. To find an agency near you, either to get help or provide help, go to Informed Immigrant’s webpage.[3]

Most U-Visa applicants are victims of domestic abuse. It is so much more difficult for a person to receive help or leave an abusive relationship if they are undocumented since they have the additional worry of usually not speaking the language, not being able to support themselves legally, being reported to authorities, and consequently deported.

My latest U-Visa client, let’s call her *Mary, was emotionally and physically abused by her husband for many years. One night, in a fit of jealous rage, Mary’s husband locked her in her room, turned up the music to stifle her screams, smashed her phone so she couldn’t call for help, and then proceeded to violently beat her. Later the next day, when he had gone to work and a friend came by, she finally plucked up the courage to have her friend call the police. The police took Mary to the hospital, arrested her husband, and provided a restraining order against him for her and her children.

It took Mary several years and a lot of therapy to realize that the incident was not her fault and to have the bravery to petition for a visa through the U program. Part of the requirements for a U-Visa is that every applicant must write a personal statement. Even though the end result of getting my U clients their visas, work permits, and green cards is ultimately rewarding, the personal letter writing interviews are some of the hardest things that I have had to endure. I usually end up tearful alongside my client, imagining how much harder it is for them to relive these nightmares over and over in their memories. Mary’s domestic abuse, while terrible, is one of the simplest U-Visa scenarios. Abused and assaulted children have been by far the hardest to endure, but the worse the abuse/crime, the more in need of relief the person is!

When I first started taking U-Visa cases a decade ago, it would take just a little over six months for their applications to be approved. However, with the program becoming better known and recommended to victims of crime, the number of applications has gone up so much that the program is over-subscribed. Congress has allocated only 10,000 U-Visas[4] each year, so every year, the waiting list of applicants for U-Visas becomes longer and longer.

Currently, it is estimated that if approved, it will take four to ten years for Mary to receive a U-Visa. One slight concession, once Mary’s application gets approved and put on the waiting list, Mary will be allowed “deferred action” which keeps her from being deported and she can apply for a temporary work permit each year (at her own expense, currently $410) until a U-Visa is available. However, just getting the visa approved and getting on the waiting list can take a one or two years. Until then she has no legal status and could be picked up by ICE and deported. Having a pending U-Visa alone will not be grounds for a “stay of removal,” (an order that a person shouldn’t be deported) under the 2019 guidance from the Trump administration.[5] The threat of retaliation from Mary’s husband or his family back in Mexico where they both come from, and the educational and physical future of her U.S. born citizen children, means there is a lot at stake in keeping Mary and other U-Visa applicants like her in the U.S. If it becomes common practice for U-Visa victims to be deported, the incentive for reporting crimes and cooperating with local police will plummet, creating a less-safe environments for all of us living in the U.S. Let us hope that this does not happen to Mary and the millions of undocumented people[6]  living in the U.S. today.

Virginia Jijón-Caamaño is a partner with Parlatore Law Group and practices in the field of immigration law, helping both individual clients, as well as businesses to navigate this constantly evolving area of the law. She assists individual clients in navigating confusing immigration regulations and applications. Her practice entails organizing all types of visa submissions. Virginia works tirelessly to deconstruct complicated immigration options, opportunities, and pitfalls, in order to compile thoroughly documented application packages. She also handles naturalization applications, and DACA work permit renewals. For more about Virginia, click here.