I received a letter of investigation from the FAA – what should I do? 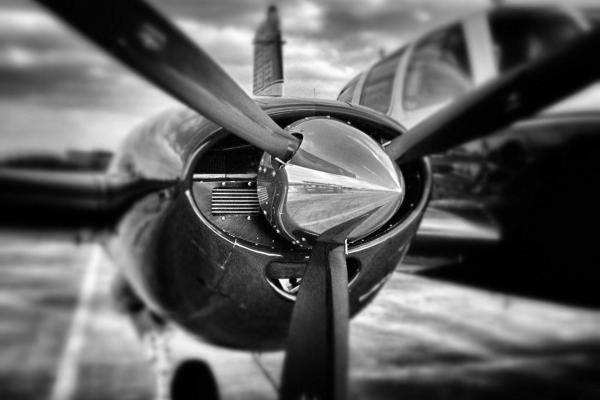 First of all, what is a letter of investigation?

A Letter of Investigation (LOI) is something the FAA sends to make you aware that they believe you have violated the Federal Aviation Regulations, and to give you an opportunity to explain what happened from your point of view.  While this may sound amicable enough, proceed with caution. The letter is part of the enforcement process, and means the FAA is collecting information about the potential violation to be included in their enforcement investigative report (EIR).  Any response you send will be included in the EIR- the report that will be forwarded to an FAA lawyer for enforcement action based on what the inspector concludes. This means it will be part of the evidence that the FAA may present in a hearing before an Administrative Law Judge. In other words, what you say can and likely will be used against you.

Do I have to Respond to a Letter of Investigation?

No, you are not obligated to responds to an LOI. The letter requests a response within 10 days of receipt, but the FAA legally cannot make adverse inferences or take adverse action against you for failing to respond. However, a response is your chance to tell your side of the story and often, the urge to provide a response is overwhelming. Before you do, be sure to speak with an aviation law attorney. Your response will become part of the file of evidence to be used in any case against you. Too often, I’ve seen people respond with candor, thinking their voluntary full disclosure will earn favorable consideration and clear up a mistake, only to have their written statement used as evidence in the case against them.  Speaking to an investigator over the phone can have the same effect – his or her recollection and written report of the conversation may be completely different from the way you intended your comments to come across or remember the conversation going. Conversely, a well-crafted response prepared with the assistance of an attorney can have a positive impact. Any response that you make to an LOI should be well thought out and planned. Get advice. Take advantage of having a lawyer respond.

Enforcement action resulting from the investigation can take several forms. The FAA attorney may issue a Notice of Proposed Certificate Action, suspending or revoking your certificate(s) and/or rating(s); a Notice of Proposed Civil Penalty, assessing monetary penalties; or an Emergency Order of Revocation, requiring you to surrender your certificate(s) and/or ratings immediately. You can appeal any of these and proceed to a hearing before a National Transportation Safety Board (NTSB) Administrative Law Judge. Since emergency orders require you to surrender your certificate immediately while an appeal is pending, there is a strict timeline for your appeal to be heard quickly. With the Notices, you will first have an opportunity for an informal conference, a chance to speak with the FAA attorney and share information he or she may not already have about the alleged violation(s). This is a time to potentially reach a settlement agreement, especially if you have the benefit of being represented by an attorney. If no settlement is reached, the case will proceed to a hearing. The FAA will present evidence (from the EIR) and call witnesses to prove the alleged violations. The respondent (you, the recipient of the LOI) will then present evidence and witnesses in defense. Both sides will also make legal arguments based on previous cases. At the conclusion of the hearing, the law judge typically issues an oral decision from the bench.

Either side can then appeal the law judge’s decision to the full five-member board of the NTSB. At this stage, arguments are made in writing in the form of an appeal brief and you should be sure you are working with an attorney experienced in appellate litigation. Writing a cohesive and convincing argument on appeal is a completely different skill from arguing and examining witnesses in a hearing. Once the NTSB issues a decision, you can appeal further to a U.S. Court of Appeal to be considered by a three-justice panel. Or, under the Pilots Bill of Rights, you can bring your appeal to a U.S. District Court for a to be heard before a federal judge.

Consulting with an attorney early in this process can have a significant impact on the ultimate outcome. Starting with a carefully planned response to an LOI, you are always in the best position to respond to and defend against FAA allegations when represented by an attorney who is familiar with the particular process, law, and procedural safeguards involved in FAA enforcement actions.