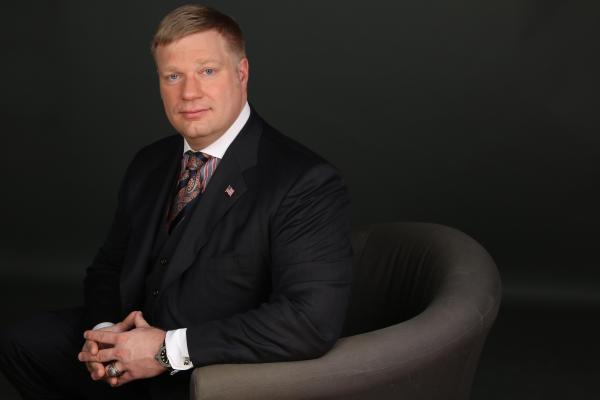 Parlatore Law Group is proud to announce that on January 24, 2019, all charges have been dismissed against Kenneth Rubero. Mr. Rubero had been arrested and charged with Social Security Disability Fraud on April 11, 2018 by the U.S. Attorney for the Southern District of New York. This dismissal is the result of effective negotiations between Parlatore Law Group and the U.S. Attorney’s Office to demonstrate that Mr. Rubero is innocent of the charges against him.

Mr. Rubero is a medically retired detective with the New York City Police Department (NYPD), who has been unable to work due to his disability and has been collecting social security disability benefits as a result. The allegations which led to Mr. Rubero’s arrest was that he had returned to work and failed to inform Social Security Administration (SSA) that he was no longer eligible to receive benefits. These allegations were demonstrably false.

Because he was unable to work, Mr. Rubero decided to invest his savings into a small business but remain a passive investor. This is absolutely permissible under social security rules, which allow disabled persons to invest as they wish, as long as they aren’t actively employed in that business. If a beneficiary is able to work, then they are no longer considered disabled and are no longer entitled to benefits. Mr. Rubero is disabled and therefore unable to work at the business that he invested in.

Lead attorney, Timothy Parlatore explained, “the charges against Mr. Rubero were the result of a deeply flawed investigation by Social Security investigators who didn’t understand their own regulations. This was a unique situation where the facts were not even in dispute, because the investigation demonstrated that he had an ownership interest in the business and occasionally stopped by to check on his investment but was unable to perform any work because of his disability.”

To maximize press coverage, Mr. Rubero was arrested along with two other unrelated individuals and made to look like he was part of a larger fraud ring. However, Mr. Rubero’s case was immediately distinguished from the others because he refused to engage in any plea negotiations and immediately invoked his constitutional right to speedy trial.

The government’s case soon fell apart as it was revealed that Social Security investigators made several key errors. First, the claim that Mr. Rubero never informed SSA of his business interests was shown to be false through disclosure forms that Mr. Rubero had submitted to SSA, but investigators did not include in the file they presented to the U.S. Attorney’s Office. Thereafter, it became clear that in the investigators rush to prejudge Mr. Rubero guilty, they ignored their own regulations about investment activity and falsely claimed that Mr. Rubero was working. After negotiations, the U.S. Attorney agreed to a deferred prosecution agreement with Mr. Rubero. This agreement culminated in yesterday’s dismissal.

“Mr. Rubero is grateful that the U.S. Attorney’s Office, under the leadership of Geoffrey Berman, took a good hard look at this case and worked with us to ensure a proper and just result. It is unfortunate that the Social Security investigators failed in their duties, resulting in Mr. Rubero being forced to endure this completely avoidable event,” Mr. Parlatore said. “After serving his community honorably as an NYPD detective and enduring lifelong disability as a result of his selfless service, Mr. Rubero deserves to have his exoneration publicized as widely as his arrest.”

Mr. Rubero commented, “I am grateful to put this terrible chapter behind me and I am thankful to have attorneys who believed in my innocence and knew how to fight to prove it.”