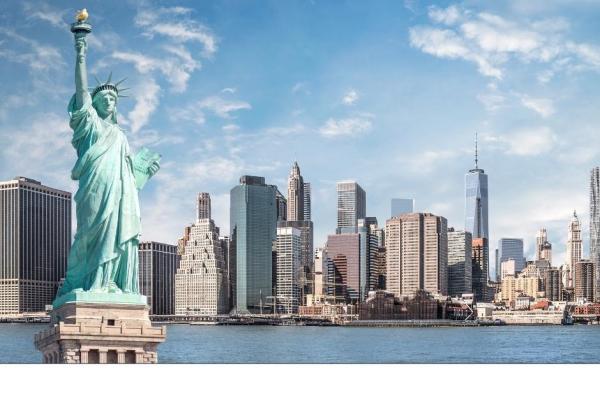 Many ago, before I went to law school, I filed my husband’s paperwork to get him a green card. I had no idea what I was doing, but I was educated, could follow directions, and had no idea that anyone might hire a lawyer to complete what seemed to be a simple application. It’s just like getting a driver’s license, or so I thought.

We were lucky. We had never lived in the U.S. as a married couple; my husband had a great job in Madrid and while his office was willing to transfer him to the U.S. so I could be closer to my family, they were not willing to file the paperwork or use up one of their coveted business visas on him.

Since I was American, I thought, no big deal. I filed the paperwork and we were fortunate. He got his green card, has since naturalized, and we have been living in the U.S. for over a decade.

Even so, it could have gone smoother, with less hassle and aggravation, had I known then what I know now. After submitting the application, Immigration sent me requests for more evidence, documents that I didn’t even know I needed.  Because of a poorly filled out address, we never got the notice for his initial interview, which caused yet another delay.

Despite being married for years with three children to show for it, our wedding album was heavily poured over, as suspicious officers asked specific questions regarding our lives together. Our application was ultimately approved, but it could have been significantly worse. Remember, my story was many years ago, when immigration procedures were notably less stringent.

And while the consequences for us were not dire, as we could still be living happily in Madrid, not everyone has that luxury.

My story created a few lessons to be learned. After graduating law school and specializing in immigration law over the last six years, I have realized just how fortunate we were in our pursuit of a green card. Many people do not have the luxury of getting things wrong: they don’t have time, resources or money to waste on a poorly filed application.

With that said, read on to learn more about the many reasons you might considering hiring an expert to handle your immigration needs:

An immigration attorney might see other avenues, if any, that are possible to get you what you need. Additionally, they know what pitfalls to avoid. For example, someone wanting to file for a green card for a sibling might wait over a decade for that application to become current, as there are so few sibling visas available each year. An expert would exhaust other avenues to get that sibling to the U.S., while waiting for the immigrant visa to come through. Or, they might even discover a more efficient way to apply for the visa altogether.

An immigration attorney has been specially trained and has completed many applications. They know what immigration officials are looking for and how to present the required information in the most understandable and sympathetic way. Blue paper is preferred for G-28 forms. All applications must be filled in with only black ink but should be signed with blue ink. If you file a marriage-based family petition less than ninety days after the wedding, Immigration automatically flags the whole application as suspicious. With every application I file, I include a personal memorandum written for that client, outlining how every condition has been met, which included documents prove each requirement, and emphasizing how any potential defects do not apply for this client and why. These details, and many more are why an expert’s application is less likely to be delayed or denied.

You Are Not Your Neighbor

Every visa petition is different, hinging on specific individual details. Just because you and your mother’s hairdresser’s niece are both from the same country and are both filing a marriage visa, it doesn’t mean that your cases are the same. She may have gotten her interview in six months; you might get your interview in nine. She might have to send in a DNA test to prove the parental relationship while you don’t. There are too many variables at play to be able to compare any two cases, no matter how seemingly similar. Immigration details are also very personal. You might not realize that your mother’s hairdresser’s niece was born on a U.S. military base or that her birth certificate was filed with an error. Don’t assume you know everything!

Even on simple cases, forgetting to submit certain documents or not filling out an application properly can have serious consequences on your submission, often times delaying your application, costing you additional application or attorney fees, getting your case denied, or a worst case scenario—resulting in deportation and exclusion to reentry. Some mistakes may delay your case months while immigration waits for corrections and then puts your case back on the bottom of the pile. If there is something more fundamentally wrong with the application, the whole thing might be denied, and you would have to start over, including having to pay required fees again. Immigration does not, in general, give back money. If they look at your application, your money is spent. And worst of all, if your application is denied while you are in the U.S., you run the risk of having to leave the country or being deported. If you had any “unlawful presence” in the U.S., having to leave the country could invoke the three-year, ten-year, or even permanent ban from ever coming back.

Filing an immigration petition could be similar to filing your taxes: if you have a simple case and you can read directions and follow procedures, you might be able to do it on your own and save the fee to an expert. However, using an expert can save you time and money in the long run, and potentially protect you from making a costly mistake.  Like tax returns, government forms (despite being worded very carefully by government officials) are not intuitive. Once you have a time-consuming career and important investments, you might consider hiring an accountant to help you put together your tax return; likewise, you might consider hiring an immigration attorney. Even if you can file your taxes on your own, doing it yourself will likely take you a lot longer than it would take an accountant. How much is your time worth?

Luck is not the Best Strategy

If your story has any complications or possible pitfalls, don’t take the chance that immigration officials will overlook them or see things your way. An immigration attorney can spot potential complications or pitfalls you may not be aware of or know how to handle. In many cases, a flawed application will bring more trouble than no application at all. An attorney can detail all the outcomes of your possible strategies and correct them or offer a clear picture of potential consequences so you can make a better-informed decision.

The growing trend under this administration toward visa and travel bans, denials, detentions, and deportation, not to mention an increasing number of RFEs (Request For Evidence – when immigration returns your application for more information with a very short deadline) is troubling for many reasons. An immigration attorney can help avoid these situations or handle problems as they arise. Hiring an attorney only after a problem surfaces is significantly more time consuming and expensive than using an attorney that is already familiar with your case and compiled the original petition.

This client’s case was delayed, but if this situation happened to someone who had filed the application by themselves, they might have panicked, assumed they made a mistake, and consequently wasted time acquiring a new birth certificate. Or they might have sought out an attorney for the first time, resulting in the attorney potentially charging them more to “fix” the application, than they would have been charged to complete the application to begin with because of quick RFE response deadlines. Additionally, because I am a member of AILA (American Immigration Lawyers Association), I included this case in a protest AILA has put together on mistakes by USCIS, and my client’s case will likely be processed more quickly with the pressure of AILA’s influence.

Public Charge Rule and Other Changes

Immigration procedures and applications have been changing very quickly recently. Forms are updated constantly, and applications can be rejected if you use the older version. This administration has also propagated new rules and procedures in rapid progression. These rules are in and out of courts; some have been held up in courts, and others take place immediately.

Of note, beginning only a few months ago, Immigration began implementing the “Inadmissibility on Public Charge Grounds” rule. New forms and potentially hundreds of pages of new documents are required with every immigrant application, whether you are in the country (change of status) or out of the country (consular processing). Immigration officials estimate that just this form will increase the time an experienced immigration attorney must spend on every application from four to ten extra hours, applications will take much longer to be processed, outcomes will be less predictable with many more RFEs, and it will be much harder to get approvals. Then just a few weeks ago, a federal court issued an injunction on the Public Charge Rule, so until the case is heard again, perhaps for the next few months, the new forms do not have to be included in applications! For better or worse, now, more than ever, individuals will have a much more difficult path putting together their own error-free applications in a timely manner.

For all of these reasons and more, hire a skilled attorney who is a member of AILA (American Immigration Lawyers Association) and keeps up to date on all the news and changing developments in this very specialized field of law!

Virginia Jijón-Caamaño is a partner with Parlatore Law Group and practices in the field of immigration law, helping both individual clients, as well as businesses to navigate this constantly evolving area of the law.